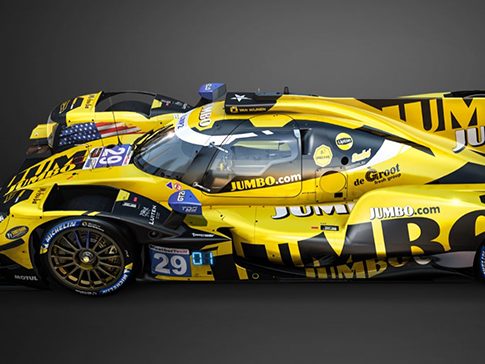 Racing Team Nederland, the first Dutch team in the FIA World Endurance Championship (WEC), announced Thursday it would compete in the 2021 Rolex 24 At Daytona in the Le Mans Prototype 2 (LMP2) class as a prelude to its full-season WEC effort.

Team founder Fritz van Eerd will pilot the Rolex 24 effort along with Giedo van der Garde, Job van Uitert and Charles Milesi. Van Eerd and van der Garde were part of the 2020 WEC effort that captured four podium finishes including a victory in Fuji, Japan. The 2021 WEC season includes the famous 24 Hours of Le Mans and opens with the 1000 Miles of Sebring run on the same March weekend as the IMSA WeatherTech SportsCar Championship’s Mobil 1 Twelve Hours of Sebring Presented by Advance Auto Parts.

“It is of course fantastic that we will race in Le Mans and Daytona next year,” van Eerd said. “I always love to race in the USA, and Daytona fits perfectly into our FIA WEC calendar. It will be more than just a race for us; it is also an important part of our preparations for the start of the FIA WEC season in March. Finally, to do the 24 Hours of Daytona is also a great way to take a first step towards IMSA.”

Van Eerd added that he’d like to expand the team’s LMP2 program in the WeatherTech Championship, “which is also one of the reasons why we will be participating in the 24 Hours of Daytona in January.”

None of the Team Nederland drivers have competed before at the Rolex 24. Van Uitert did drive an LMP2 to a second-place finish to victory with at the Motul Petit Le Mans in October, with co-drivers John Farano and Mikkel Jensen for Tower Motorsport by Starworks.

“Daytona has been at the top of my wish list for a long time, so it’s great that I’m finally going there,” van Uitert said. “I think we have a strong team, both in terms of drivers and technical crew. However, we will all be rookies in Daytona, so we have to learn a lot in a short time and just work hard – then we will see what the possibilities are.”

Like most professional racers, van der Garde called the chance to compete in the Rolex 24 a “bucket list” item to check off.

“I love that we are going to Daytona,” he said. “That race has always been on my bucket list. It will be a big challenge for all of us because no one in the team has done Daytona before. This is a new adventure for everyone and that of course makes it extra special. I am really looking forward to it and am curious what we can achieve.”

The Roar Before the Rolex 24 test session at Daytona International Speedway precedes Rolex 24 At Daytona race-week action from. The green flag for the 59th Rolex 24 will wave.