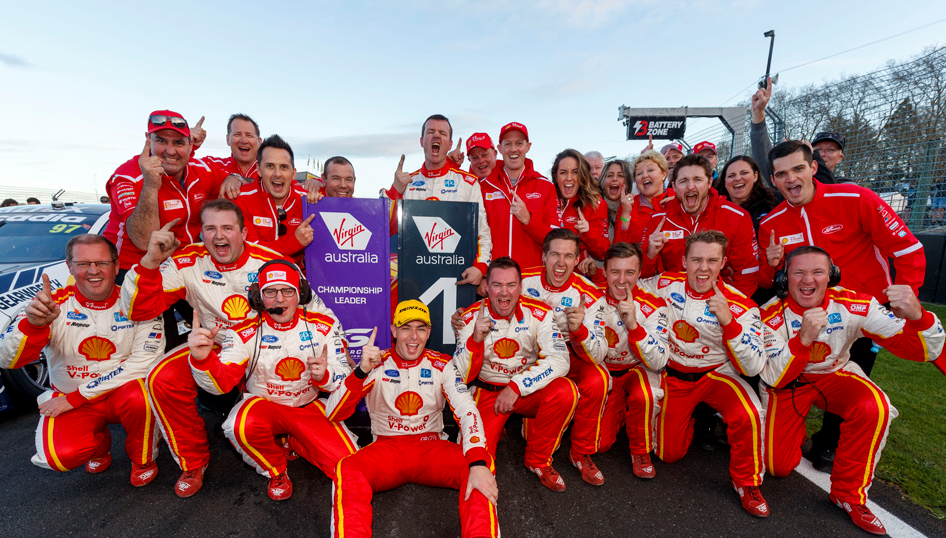 In 2017, Shell returned as the major sponsor of DJR Team Penske, now known as the Shell V-Power Racing Team.

All up, 2017 would see the team take an incredible 12 wins, 17 pole positions and 27 podiums on the way to claiming the Teams’ Championship for the first time.
Coulthard took his career best Championship finish in third place, while McLaughlin finished the year second in the Drivers’ title, going perilously close to taking the Title in Newcastle.

Heading into 2018, DJR Team Penske will sit at the top of pit lane for the first time and look to continue taking the challenge to its rivals in the Supercars Championship