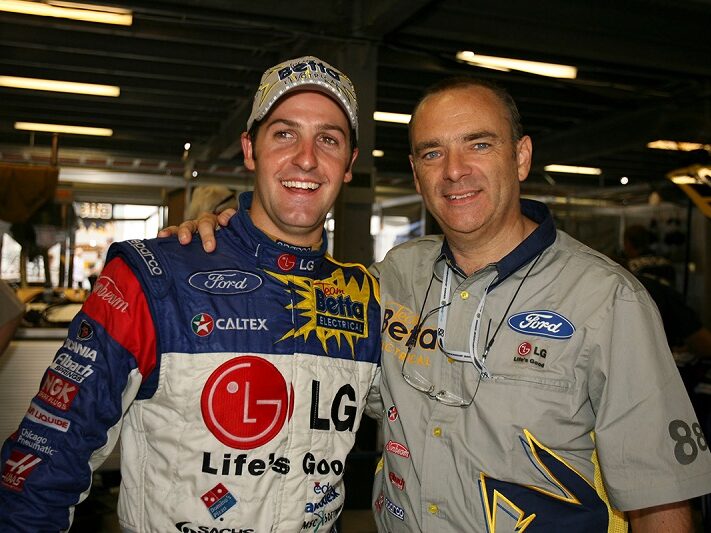 Roland Dane will step back from Triple Eight Race Engineering team leadership at the end of the 2021 season.

The news coincides with businessman Tony Quinn becoming a major shareholder in the team, with Jamie Whincup retiring from full-time driving.

Dane, who has headed the team’s Supercars operation for nearly two decades, will hand the Managing Director and Team Principal roles to Whincup at the end of 2021.

According to Triple Eight, the Irish-born 64-year-old had been laying the foundations of a transition away from leading the team for some time.

Quinn’s shareholding appears a case of the right interests aligning at the right time, with Dane nearing retirement.

Dane will remain involved with Triple Eight through his part-time role as an advisor and chairman of the board.

He began his motoring career at manufacturer Panther Westwinds as an apprentice in 1975. He then founded London-based car dealership Park Lane Limited 11 years later.

In 1991, Dane began his motorsport journey when he formed Park Lane Racing with driver Derek Warwick, with the team competing in the British Touring Car Championship in 1992 and 1993.

Dane, Warwick and Ian Harrison founded Triple Eight Race Engineering in 1996, with Dane and Warwick selling their shares in the team in 2002.

Dane, who became an Australian citizen in 2016, then moved to Australia and purchased Briggs Motor Sport. With Warwick, Harrison and Peter Butterly as business partners, Dane began to make a footprint on the Australian motorsport landscape.

Triple Eight’s first Supercars race win came through Craig Lowndes in Sydney in 2005. Lowndes, in his first season with the team, finished second overall, and he repeated the feat 12 months later.

In 2006,  Lowndes and Whincup claimed the first of three consecutive Bathurst 1000 victories for the team, with Whincup winning seven drivers’ titles between 2008 and 2017.

Between 2017 and 2020, the team was the Holden factory squad in Supercars, with Shane van Gisbergen and Garth Tander helping the team to a famous Bathurst victory last October.

Dane had become majority owner of the team by 2014, before he sold a minority stake to Paul Dumbrell, Tim Miles and Trinette Schipkie in 2015.