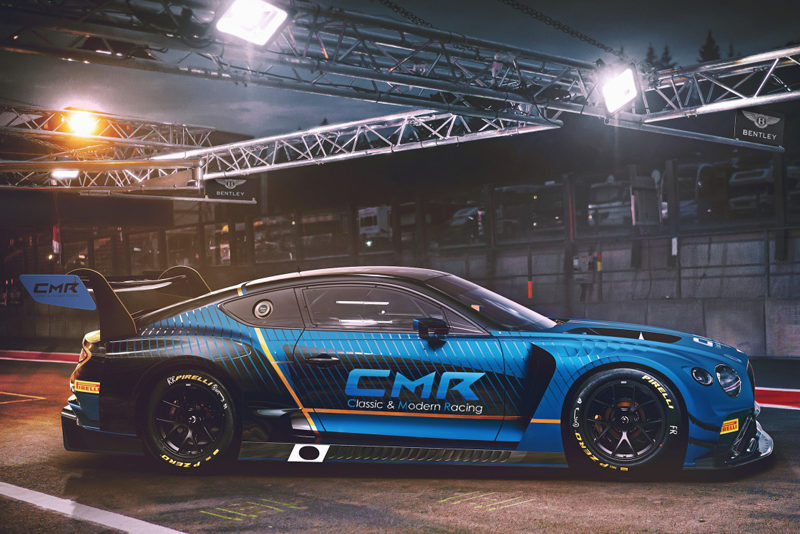 French squad CMR will step up to GT World Challenge Europe Powered by AWS in 2020, partnering with Bentley for a full-season assault on the championship.

The team has revealed plans to field a pair of Continental GT3s, with rising star Pierre-Alexandre Jean set to contest all 10 events. The Frenchman has honed his abilities with CMR in a variety of GT4 categories: he took victory at the 2018 GT4 International Cup in Bahrain and was Pro-Am class runner-up in FFSA GT – GT4 France last term, while CMR won the corresponding teams’ title. He also made an impressive GT3 debut at last year’s Barcelona season finale, capturing a Pro-Am class podium with Sainteloc Racing.

Recently-confirmed factory driver Seb Morris will join CMR for the Endurance Cup, while fellow Bentley Boy Jules Gounon will feature at Sprint Cup events. The Frenchman has already been confirmed for an Endurance programme with K-PAX Racing, placing him in contention for the combined GT World Challenge Europe title this year.

CMR team principal Charly Bourachot explained: “We announced in the middle of last year that our intention was to step up to GT3 and since then we have had lengthy discussions with several manufacturers. The Bentley brand is steeped in more than 100 years of heritage, which is important to us, and customer racing is where its motorsport passion began. The Continental GT3 is a very impressive car that has been successful around the world in the hands of Bentley customer teams and we aim to do the same.”

Further drivers are still to be announced, as are the classes in which the team will compete. Gounon and Morris are both gold-rated, while Jean is a silver. CMR joins a growing stable of Bentley competitors confirmed for the 2020 GT World Challenge Powered by AWS season. K-PAX Racing has launched a two-car Endurance Cup programme, while Team Parker Racing will run the new Bentley Motorsport Academy Silver Cup car at Endurance events.