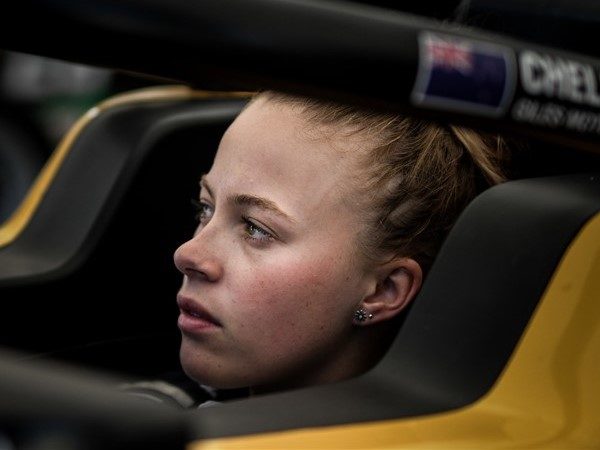 The Castrol Toyota Racing Series has this morning confirmed Chelsea Herbert’s withdrawal from the remaining rounds of the 2020 championship as a result of a back injury sustained in an accident on Saturday.

The 21-year-old Kiwi racer suffered an accident at the start of official qualifying at the Teretonga circuit at the second round of the five week, five round championship.

Having exited pit lane to start the session and within metres of joining the track, her car left the circuit and went into the tyre wall on the right hand side of the main straight.

The session was immediately halted whilst the circuit medical and rescue teams attended the incident and extricated her from the car. She remained conscious and responsive throughout but was taken to hospital for a check over complaining of back pain. After further examination and CT scan, it was confirmed that she had suffered a stable fracture in one of her vertebrae.

She does not require surgery and is expected to be released from hospital within a day or two.

Chelsea’s father Mark Herbert commented: “The whole of our team, the family, Chelsea’s sponsor MTF Finance and Toyota Gazoo Racing would like to acknowledge the medical and rescue teams for their efforts.”

Toyota executive Andrew Davis added: “We’re very disappointed to lose such a talented driver at this point of the championship and everyone wishes her all the best for a swift recovery and a return to the racing we know she loves.”