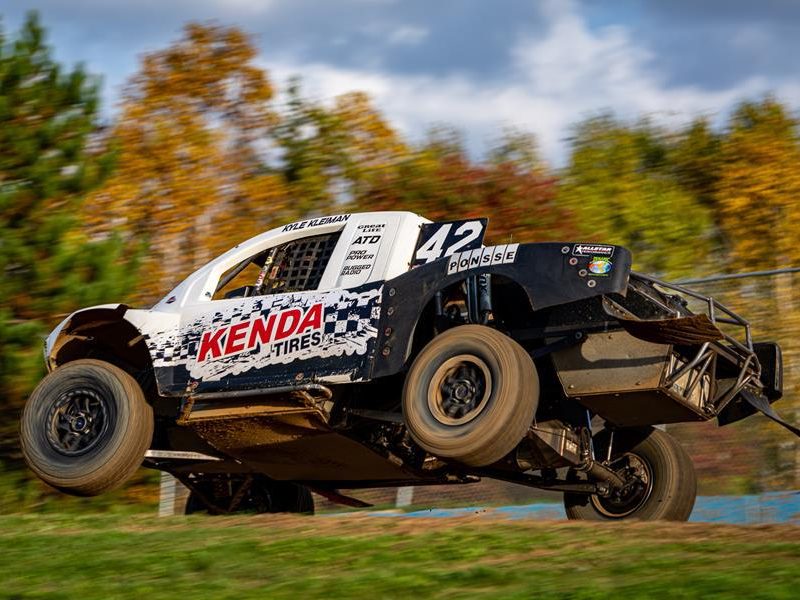 After ten rounds, five weekends, and two reschedules, the inaugural season of Championship Off Road has come to a conclusion. With the fall colors richly dripping in gold and reds across the Crandon countryside, the new series capitalized on its last day of racing in 2020 with a true Championship Sunday.

Of the 16 classes offered up at Champ Off Road events this season, only one title was secured before the finale (CJ Greaves clinched the Pro Stock SXS championship). Many of the remaining 15 championships were up for grabs and saw points leads shrink or be erased entirely.

Kyle Kleiman has never won at Crandon. Defending Pro 2 champion and points leader Keegan Kincaid entered the weekend with eleven wins at his hometown track. Kleiman picked the right time to grab his first class win at the Big House.

A runner-up finish helped Kleiman close the gap on Kincaid, with just three points spearing the two drivers entering Sunday’s race. Early on, Cory Winner held the lead before over-rotating before the finish line on lap two. Kleiman was inches from getting caught up in the spin but managed to slip past Winner and led for the rest of the race.

He picked up two points at the half-way mark, but it didn’t matter as Kincaid couldn’t get Mickey Thomas. Kleiman’s win and Kincaid’s third was a seven-point difference at the end of the day, earning Kleiman the 2020 class championship by just four points.

Thomas picked up two wins this season for third overall. Winner utilized a crew of back-up drivers after hurting his back in the ERX opener, finished the season strong for fourth overall. Cody Gill rounded out the top five.

Greaves Grabs Pro 4 Win; LeDuc Finalizes Title
There wasn’t much for intrigue when it came to Kyle LeDuc claiming his seventh career Pro 4 title. A clean start and race would give the reigning West Coast champion his first Midwest title, tying Johnny Greaves in the process.

CJ Greaves found eventual redemption, grabbing an early lead and going wire-to-wire for his fourth win in 2020. As the defending champion was running through clean air, there was a lot of action happing behind his rear bumper.

Johnny Greaves was running a strong second with Andrew Carlson sitting in third and LeDuc in fourth. One lap six, Greaves pushed high, opening the door for Carlson and LeDuc to get around. A later incident just prior to the finish line turn in what looked like LeDuc stopped mid-slide gathered Greaves up and allowed Kyle Chaney to move past both drivers into third.

From there, the field levelled out with Greaves upfront, leading Carlson and Chaney to the podium.

The win wasn’t enough for Greaves to overtake LeDuc in the points chase, but was enough to lock in second overall, ahead of Johnny Greaves. Carlson’s five podiums this season put him fourth overall and Adrian Cenni completed the top five.