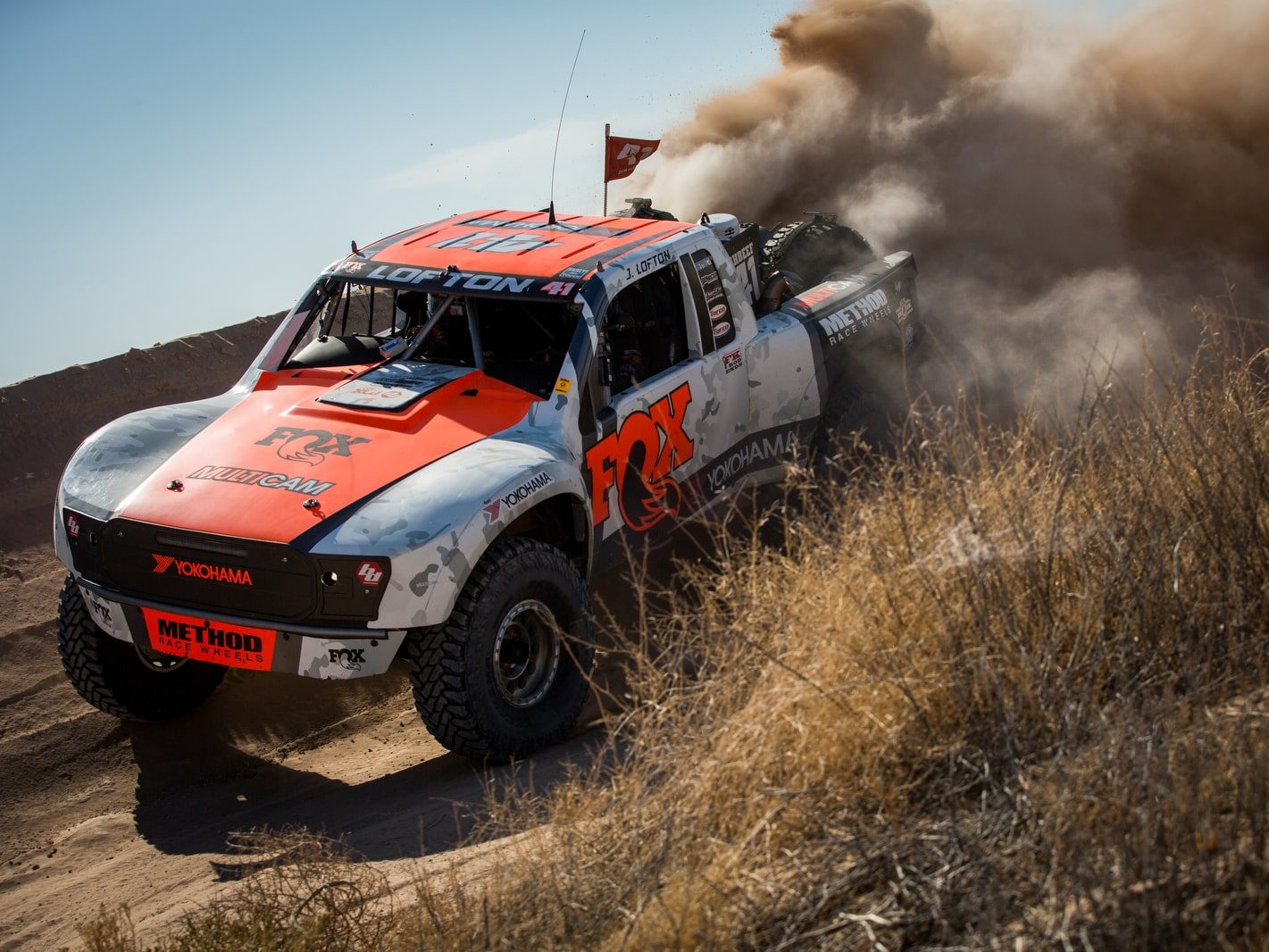 Arizona led to a great weekend of racing. With little amounts of rain this year, the course was dusty and dry. It made it difficult to see and caused the lines to get big. That didn’t stop the trick truck drivers from pinning down the gas and putting on a show for the fans.

All of the drivers lined up to get registered and stage at the start. It was a quick qualifying, with the lap being less than ten miles long. Justin Lofton came roaring out of the gate and put down a solid run. He got a little squirrelly around turn three but managed to save it and get the truck across the finish line.

Justin ended up qualifying in third place, a great position for race day. Friday, the team took the trucks to tech. Once all that was done, they enjoyed a great #AHBEEF dinner before diving into last-minute prep. BadCo needed a few adjustments to the shocks, as it was running the Sportsman Race the next morning.

Once all the trucks were loaded up and ready to go, it was an early night, as call time was 4:30 am the next morning. Being up before the sun is a staple of the off-road experience. All the trucks were loaded up and the team headed to the track. After a great shakedown of Badco during the Sportsman Race, the team settled in for a few hours to wait for the main race to begin.

Justin being third off the line put him right next to Jason Voss – a race everyone looks forward to seeing. Unfortunately, it wasn’t meant to be, with Jason out near the starting line. Justin drove forward and ended up getting halfway through the course before Best in the Desert called a stop to the race.

Once things had calmed down, the race was restarted. The green flag dropped and the drivers were on their way again. It was a fight to see where Justin was going to end up. He was chasing Kyle Jergensen, who had qualified in first.

Kyle ended up blowing a motor, which allowed Justin to move into the top spot. The race ended up being moved to a three-lap race because of the restart and Justin was able to keep everyone else at bay. By the end of Day One, Justin was sitting on top.

Day Two started with another Sportsman Race. BadCo performed beautifully and the team got some awesome notes about how the track shaped up for the second day of racing. The wind started picking up around 10 am and added another tricky element to the whole race. By starting time, it was clear that it was going to be even more dusty than normal.

Justin started alongside Kevin Thompson again. It was a race to the start. On the second lap, Justin ended up getting a flat. Derek, the navigator, jumped out and changed the tire in what seemed like record time. It cost Justin a couple of spots, but he easily made up time on a few of the straightaways. He ended up crossing the finish line in third place, giving him the overall win for the 2020 BlueWater Desert Challenge.

Overall, Justin had this to say, “It was an awesome weekend and way to end the 2020 BITD season for our team and partners. We ran our new Baja Spec Yokohama tires which performed amazing, as well as the debut of RAD Live Valve fox factory suspension. Can’t wait for 2021!”

It was an exciting weekend for everyone involved. It was a great way to wrap up the end of the Best in the Desert season. Justin would like to thank all of his sponsors – most notably, Yokohama Tire, Fox, and Method Race Wheels – for an amazing season. He could not have done any of this without their support. Now, he starts getting prepped for the 2021 season.