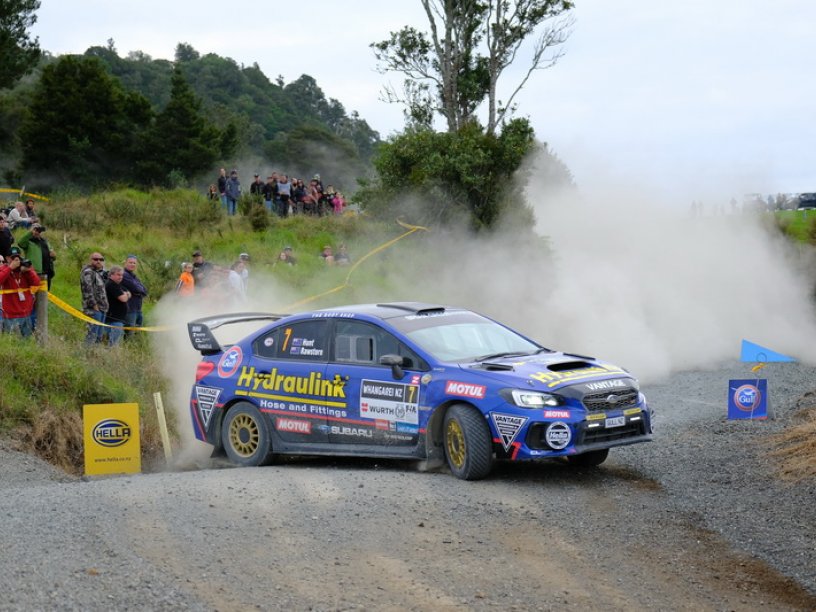 The two-time national champion was nearly untouchable during the 2019 season – winning five of the six rounds and leading the sixth event by a large margin before mechanical trouble ended his bid for a perfect season.

He will look to carry that form into a battle with World Rally Championship star Hayden Paddon and the who’s who of New Zealand rallying in what promises to be an epic showdown on the purpose-built stage in Whitford.

Constructed on 2017 national champion Andrew Hawkeswood’s farm, the Jacks Ridge stage was designed to test the very best. It mixes typical New Zealand gravel roads with undulating rolling farmland that will provide a test for the drivers, a thrilling watch for spectators and a beautiful Auckland City backdrop all within 20 minutes of the CBD.

“Andrew has wrecked everyone else’s roads around the place over the years so it would be worthwhile going up there and having a play on his,” Hunt laughed.

“I haven’t been up there for a while, but I did have a look a few months ago in one of Andrew’s old utes. It is an awesome bit of farmland and a cool bit of road so it will be awesome to get the chance to go for a skid through there in a rally car.”

While Hunt is likely to feature at the pointy end of the field, he is hosing down talk that he will be one to beat.

“The Subaru is more designed for rally and in my career, I can count on one hand how many rally sprints or hill climbs I have done so it is not something that normally draws my attention.

“With the who’s who of New Zealand motorsport coming and a fun weekend it should be a good event.

“The Subaru will be competitive but maybe not the one to beat.”