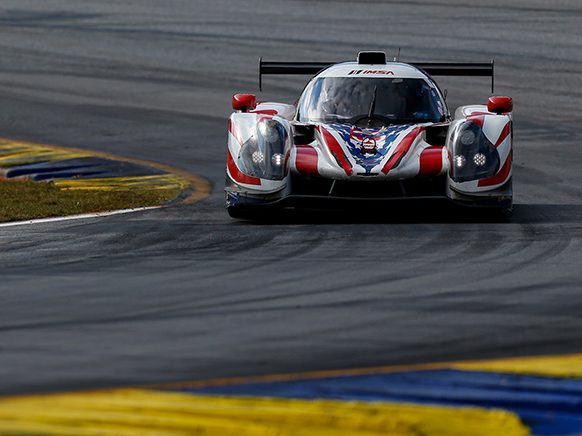 Driving alongside Barbosa for the full season will be Lance Willsey, who has LMP3 experience from the IMSA Prototype Challenge as well as 10 prior Rolex 24 starts. Yann Clairay and Wayne Boyd, the reigning European Le Mans Series LMP3 champion, will co-drive the No. 33 Ligier PS320 in the season-opening Rolex 24 – a non-points race for the LMP3 class ahead of six points-paying events on the schedule.

“I’m happy to have this driver lineup. These are all guys that we know and have worked with before, so I think that’s going to be a big piece of the puzzle for this race,” team principal Creech said of the Rolex 24.

“There are so many unknowns in any 24-hour race, and with this being the first year for the LMP3s, that is even more true. But we got the car in the beginning of December and have been able to run it a couple of times to learn as much as possible in preparation for the Rolex 24. Despite limited time with the new chassis and engine package, the team has worked relentlessly to be in position to fight for a win.”

Creech has worked with all four of his drivers in the past. His association with Barbosa, whose Rolex 24 exploits include three overall victories, dates more than two decades.

“I worked with Sean back when I was racing a Porsche GT2 and we always kept in touch through the years,” said Barbosa. “Every time we’d catch up, we’d talk about working together, as we always had a good relationship. So when I was testing at Daytona last year, we were talking again, but this time everything fell into place! So it’s really exciting for me to be able to get to race for Sean after all these years of talking about it.”