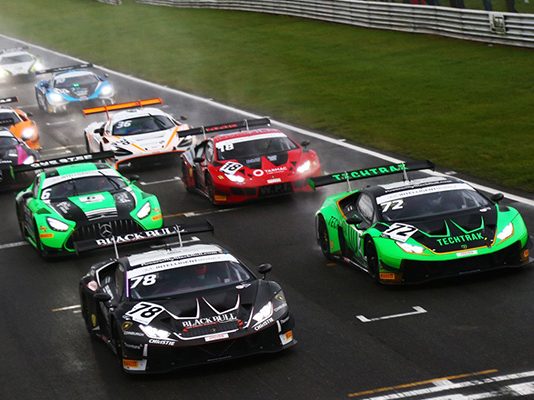 Second win of the season keeps Barwell’s #72 crew in title contention
HHC’s #58 McLaren just 2.5 points behind GT4 leaders
Titles to be decided at #SilverstoneShowdown on November 7/8

Lamborghinis finished one-two overall thanks to WPI Motorsport, Michael Igoe and Andrea Caldarelli who were joined on the podium by championship leaders Patrick Kujala and Sam De Haan. The RAM Racing duo lead closest rivals Rob Collard and Sandy Mitchell by six points after a seatbelt issue during the pitstops cost Barwell’s Black Bull-backed Huracan 20 seconds and a probable podium.

Further back, Connor O’Brien and Patrick Kibble also remain in GT4 contention after claiming their second third place finish of the day.