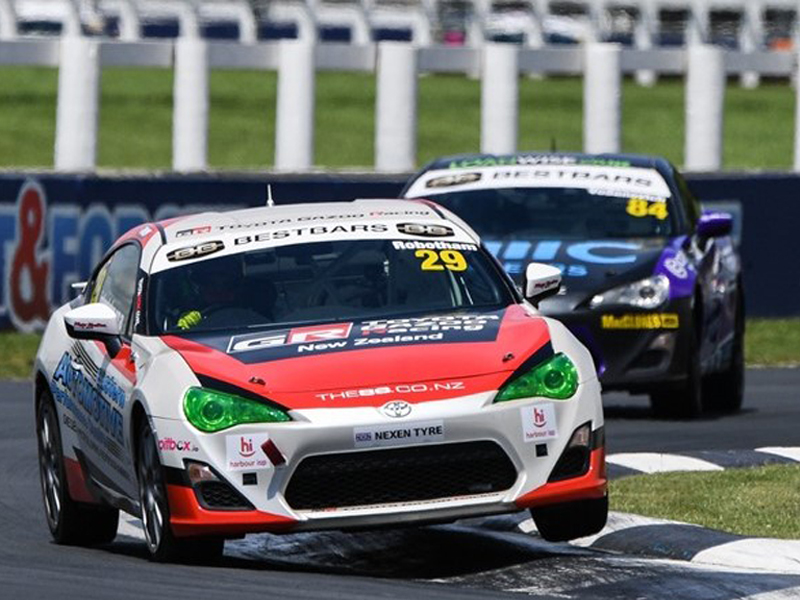 A field of 17 of the best up and coming young drivers from New Zealand and Australia took to the track with the first round kicking off in Pukekohe Park in December 2019. We saw Australian Jaylyn Robotham take out the first round comprehensively with the youngster, fresh from the Australian Toyota 86 Championship, taking two wins and a second place on his first visit to Pukekohe Park.

“There’s plenty of tough competition out there and I’ve got to remember that for me it’s going to be all new circuits in this championship but I’m definitely very happy to have taken two wins and a round win”, said Robotham.

It wasn’t all plain sailing for the Aussie over the two days of action, however. Experienced Kiwi Jaden Ransley in the Miles Toyota 86 showed he will be a major threat in the championship this season with pole position in qualifying and a win in the first race on Saturday.  Along with Peter Vodanovich in the Nexen Chargers supported car, and Brock Gilchrist in the Nexus Logistics entry, the trio led the attack against the Aussie invader on Sunday and proved it’s going to be a very closely fought championship.

The second round of the Best Bars series moves to Highlands Motorsports Park event in Cromwell on the 17th of January, supporting the TCR NZ inauguration round.