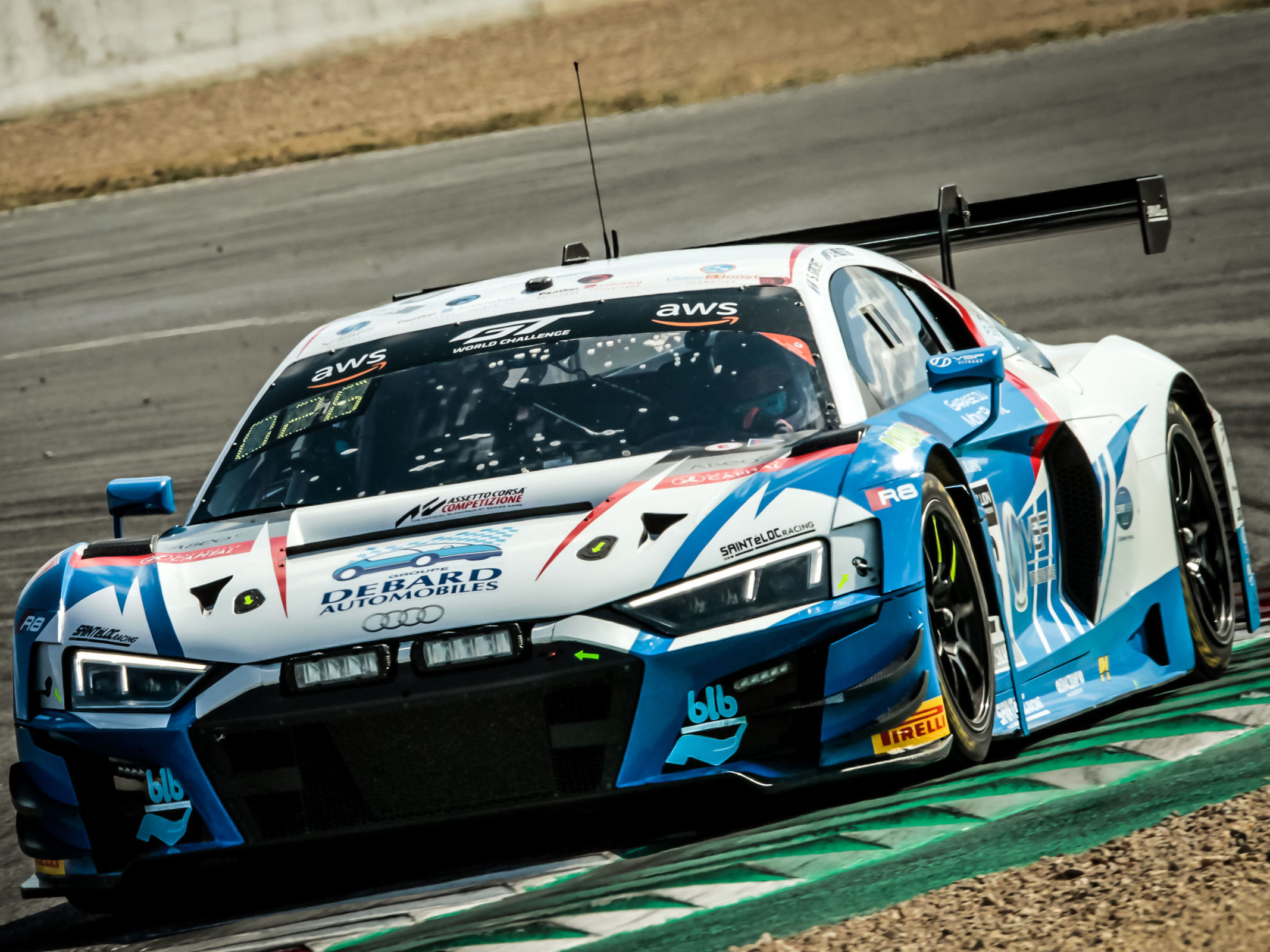 Two French private drivers won a race in the Audi R8 LMS in the GT World Challenge Europe Sprint Cup, while Comtoyou Racing celebrated its first victory of the season in Zolder and stormed to the top in both the TCR Europe and the FIA WTCR with the Audi RS 3 LMS in two championship standings each.

The Audi Sport customer racing teams remain on the road to success in the top-class European GT3 league. At its home race in France, Saintéloc Racing scored its first victory of the season on the second weekend of the sprint racing series. Simon Gachet in the Audi R8 LMS had qualified for pole position in Sunday’s sprint race at Magny-Cours.

In the first half of the race he gained a lead before he left the cockpit to his French compatriot Steven Palette in the one-hour race. After a rival team had delayed its mandatory pit stop for a long time and returned to the track after a good stop in front of the Audi, Palette put pressure on the car in front of him. Two laps later the leader made a mistake and Audi privateer Palette took the lead again. Up to the finish line, he was eight seconds ahead of his pursuer. For Steven Palette it was the first success in this series, for Gachet already the second after Zandvoort in 2019.

The two young drivers thus also won the Silver Cup classification of the race, which is for young drivers. Previously, only one Silver driver pairing had also achieved an overall victory. The customer team Belgian Audi Club Team WRT earned another trophy in Saturday’s first sprint. Charles Weerts and Audi Sport driver Dries Vanthoor finished third ahead of three other Audi R8 LMS cars. The two Belgians Vanthoor and Weerts are leading the sprint classification at the halfway point of the season and are also ahead in the overall classification of the racing series.

The Belgian Audi Club Team WRT is also leading the team standings in sprint, endurance and overall classification. Gachet and Palette, with Saintéloc Racing, are also ahead in the Silver Cup sprint classifications.

Second victory of the season in the GTC Race series: After his opening success in the club racing sprint series GTC Race, Markus Winkelhock also managed to win a race on the Nürburgring on the second event. The Audi Sport driver crossed the finish line in an Audi R8 LMS of the Space Drive Racing team in the first race of the event with a lead of nearly four tenths of a second. In the second sprint, he finished runner-up.