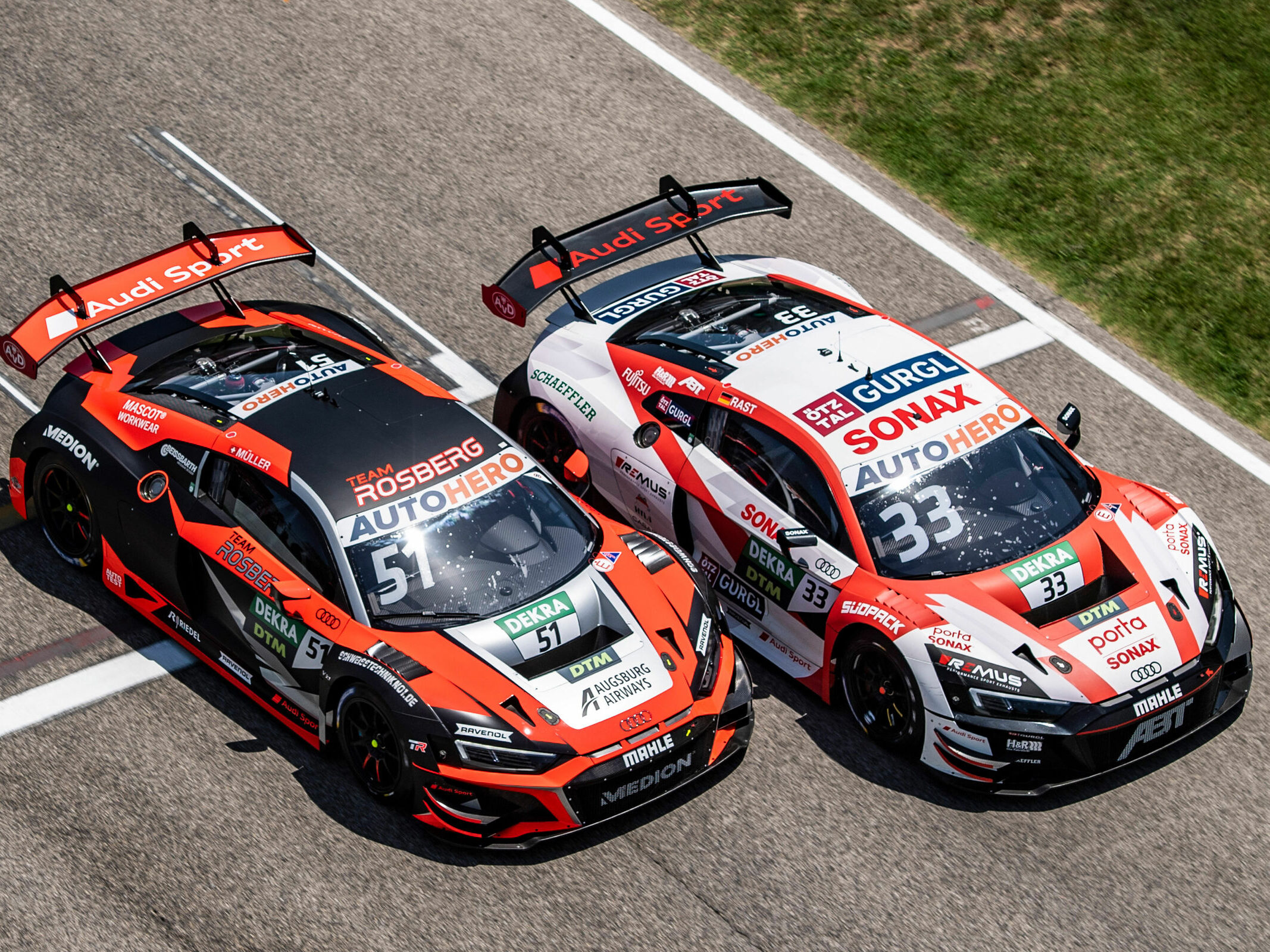 Audi Sport customer racing and its teams clinched twelve victories with the Audi R8 LMS GT3, GT2 and Audi RS 3 LMS race cars on two continents during the third weekend in June. The two one-two victories in the DTM and the success in the Fanatec GT World Challenge powered by AWS Sprint Cup were outstanding. As a result, numerous customer teams are among the promising teams in their championships at mid-year.

Season’s best performance at Imola: Two one-two victories at a DTM weekend – no other brand has managed that yet this season. As a result, Audi has taken the lead in the manufacturers standings and turned a 33-point deficit into a 52-point advantage. Three-time champion René Rast won the first race from pole position on the third race weekend for Team ABT Sportsline. It was already his 25th single victory in the DTM but his first at the wheel of the Audi R8 LMS customer racing car. His Audi Sport driver colleague Nico Müller followed on second position after 33 laps, 3.8 seconds behind. In the second race, Ricardo Feller, a promising young Audi Sport driver, attracted attention. The 22-year-old Swiss, who is making his DTM debut season, managed to clinch his first DTM victory for ABT Sportsline from pole position in a turbulent race. Remarkably, overnight all six Audi R8 LMS in the field had to add 25 kilograms of ballast weight following an adjustment of the “Balance of Performance” (BoP). Once again, Team Rosberg completed an Audi one-two. Privateer Dev Gore came in for a tactically clever pit stop very early in a safety car phase. In the end, he became the first American to achieve a podium result in the DTM with second place. His teammate Nico Müller is currently the best Audi driver in the championship standings in third place.

Second win of the season and lead of the standings: On the third race weekend of the Fanatec GT World Challenge powered by AWS Sprint Cup, Charles Weerts/Dries Vanthoor celebrated their second victory of the season in the Audi R8 LMS. The two Audi Sport drivers from Team WRT prevailed in the first sprint at Zandvoort by 2.8 seconds. Charles Weerts had created the best prerequisite for racing success on the North Sea coast by taking pole position and relegating the Audi of Simon Gachet from Team Tresor by Car Collection to second place on the grid with a gap of 45 thousandths of a second. Weerts left his cockpit to his driving partner Dries Vanthoor after the first half of the race, who returned to the track in the lead. He stayed in front even after a safety car period and crossed the finish line with a 2.8-second lead. Third place went to Simon Gachet/Christopher Haase in another Audi after Haase overtook a rival’s Ferrari with four laps to go. In race two, Weerts/Vanthoor improved from grid position four to second place, followed by Dennis Marschall/Pieter Schothorst in an Audi from Attempto Racing. In the sprint drivers’ standings, fans can look forward to a thrilling decision in the two remaining rounds: The defending champions Weerts/Vanthoor had come to Zandvoort with a deficit of 11.5 points and left with a narrow advantage of 0.5 points.

Open brotherly duel: Audi privateer Uwe Alzen continued his winning streak in the Spezial Tourenwagen Trophy on the third race weekend in Austria. At the Salzburgring, the veteran in the Audi R8 LMS won both sprints by more than 30 seconds each. In both competitions, his brother was the toughest opponent: Jürgen Alzen had taken the lead in the Ford GT after the start in each case but Uwe Alzen overtook him again in the Audi. Another Audi driver, Stefan Wieninger, was on the podium twice. The privateer recorded third and second place in the Alps.

Audi top in Norway: The Audi R8 LMS remains the benchmark in the Norwegian Racing NM series. Privateer Wiggo Dalmo won his class in all three sprint races on the Rudskogen circuit, located 90 kilometers south of Oslo. The Norwegian had already remained unbeaten in the Audi at the two previous events.

Podium result in the USA: Jason Daskalos scored a podium result on the second race weekend of the GT America powered by AWS series. The American finished the second 40-minute race on the Virginia circuit three seconds behind in third place in the Audi R8 LMS.