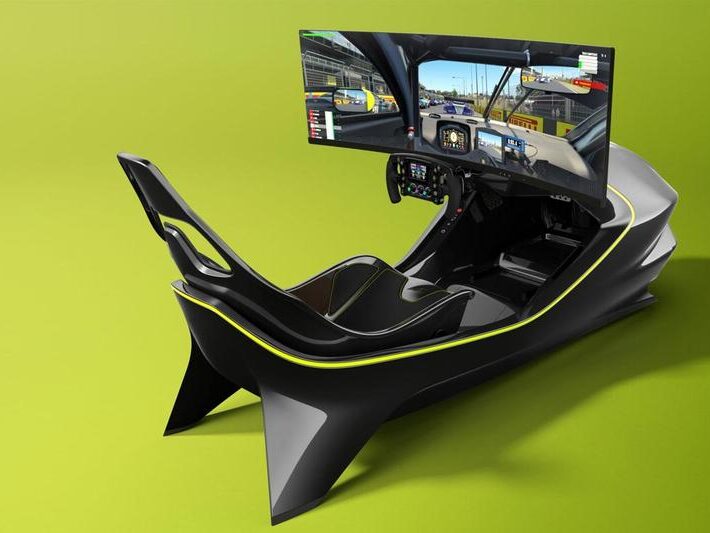 Aston Martin has announced the AMR-C01, its first racing sim, made with the help of Curv Racing Simulators. Crafted in carbon fibre and designed at Aston Martin’s Gaydon Headquarters, the front of the sim’s bodywork is shaped to invoke the signature Aston Martin Racing grille, the leather seat is made to mirror the sitting position of its Valkyrie supercar. The front of the whole setup is also made to be reminiscent of the car made by the brand. The all-carbon fibre monocoque provides a rigid structure, the design of which also adds to the sporting look of the simulator.

Aston Martin Chief Creative Officer, Marek Reichman said: “This was a challenge for the design team as, although the simulator isn’t a car, it is inspired by our racing cars. It needed to exude the same elegance, boasting the same dynamic lines and balance of proportions as any Aston Martin with a racing lineage. I can picture the AMR-C01 in the most beautiful of residences as a sculptural work of art in its own right.”