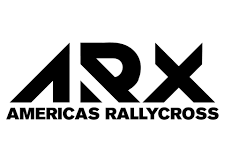 “After consultation with a wide group of stakeholders and interested parties, IMG has taken the difficult decision to not extend the Americas Rallycross Championship beyond the 2019 season,” said the statement.

Over the past few months, IMG had been exploring a number of options with commercial partners to secure the long-term future of the championship but, unfortunately, none of those options came to fruition.

The expanding footprint of the FIA World Rallycross Championship means that we may revisit the possibility of the inclusion of a North American round on the world calendar in the future.

In early 2018 the US’s premier RX series, Global Rallycross, also shut down and was later effectively replaced by Americas Rallycross, while the World Rallycross Championship season ended with a mass exodus of manufacturer entrants.