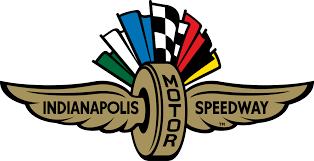 Photo Credit: The Board of Directors of Human & Company

The Board of Directors of Hulman & Company announced today that it has entered into an agreement to be acquired by Penske Corporation, a global transportation, automotive and motorsports leader.

Penske Entertainment Corp., a subsidiary of Penske Corporation, will acquire all Hulman & Company principal operating assets, including the Indianapolis Motor Speedway, the NTT IndyCar Series and IMS Productions. The transaction will close following receipt of applicable government approvals and other standard conditions.

The acquisition by the Penske organization will carry the future of the legendary Speedway and the IndyCar Series forward for the next generation of racing fans.

It was the vision of Carl Fisher to build the Indianapolis Motor Speedway (IMS) in 1909 and the track hosted its first races later that year. Eddie Rickenbacker later purchased the Speedway in 1927 before selling it to Tony Hulman and Hulman & Company in 1945.

IMS has been the host of the world’s largest single-day sporting event – the Indianapolis 500 Mile Race – for more than 100 years. The iconic venue has also hosted NASCAR, Formula One and other racing series events throughout its storied history.

The NTT IndyCar Series is an open-wheel racing series based in North America.