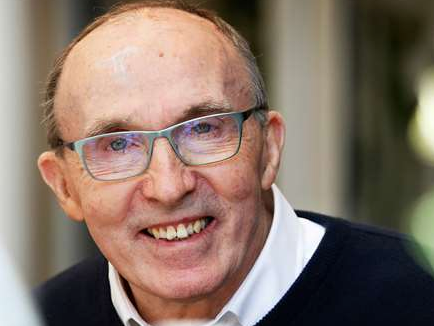 After more than 50 years in the paddock, Sir Frank Williams and his family will be leaving the F1 world for good following this coming weekend’s Italian Grand Prix at Monza after current Deputy Team Principal Claire Williams announced she was to leave the team.

In August it was announced that the Williams F1 team had been sold to US investment firm Dorilton Capital, a move that the Williams team believed would secure the team’s place in F1 for many years to come. What wasn’t clear is how the Williams family, including Claire Williams, who has run the team since her father stepped aside, and the team’s founder Sir Frank Williams, would be involved in the future. Now it is clear, as Claire Williams has announced her resignation to give the new owners “a fresh start”.

“It is with a heavy heart that I am stepping away from my role with the team. I had hoped to continue my tenure long into the future and to preserve the Williams family’s legacy into the next generation,” said Claire.

“However, our need to find inward investment earlier this year due to a number of factors, many of which were outside of our control, resulting in the sale of the team to Dorilton Capital. My family has always put our racing team and our people first and this was absolutely the right decision. I know in them we have found the right people to take Williams back to the front of the grid while also preserving the Williams legacy.”

“I have taken the decision to step away from the team in order to allow Dorilton a fresh start as the new owners. It has not been an easy decision but it’s one I believe to be right for all involved.”

“I have been enormously privileged to have grown up in this team and in the wonderful world that is Formula 1. I have loved every minute and will be forever grateful for the opportunities it has given me. But it’s also an incredibly challenging sport and I now want to see what else the world holds for me. Most importantly, I want to spend time with my family.”

“I would like to thank Dorilton for their support and for understanding my decision. I would also like to thank our fans who have stuck by us through thick and thin. Our people at Williams have always been family, they have kept me motivated during the difficult times and it is them who I will miss the most. It is my genuine hope that the process we’ve gone through brings them the success they deserve. And finally, I would like to thank my Dad for everything he has given to the team, the sport and our family.”

Some will say that this news was inevitable given that the team was bought in its entirety, but it still comes as a shock to think of the sport without Sir Frank. Frank Williams founded Frank Williams Racing Cars in 1966, running various drivers in Formula 2 until 1969 when the chance to run a Brabham chassis in Formula 1 presented itself. After nearly a decade with various drivers and various cars and sponsors, and having sold the original Williams team to Walter Wolf, Williams and engineer Patrick Head founded Williams Grand Prix Engineering in 1977. It is the same team that races in F1 today.

Since the initial announcement, Williams has revealed three new faces to the team’s management. The first is the chairman of Dorilton Capital Matthew Savage, the second Dorilton’s co-founder Darren Fultz, and the third is James Matthews, CEO of Eden Rock Group, an investment advisory firm in London, and also brother-in-law to Prince William, having married Pippa Middleton, the sister of William’s wife, Kate. Only Matthews has any motorsport experience, having won the British Formula Renault championship and the Formula Renault Eurocup in 1994. Similarly, Toto Wolf was a racer who turned investor, having raced in single-seaters before moving into finance before he bought a stake in Williams in 2009.