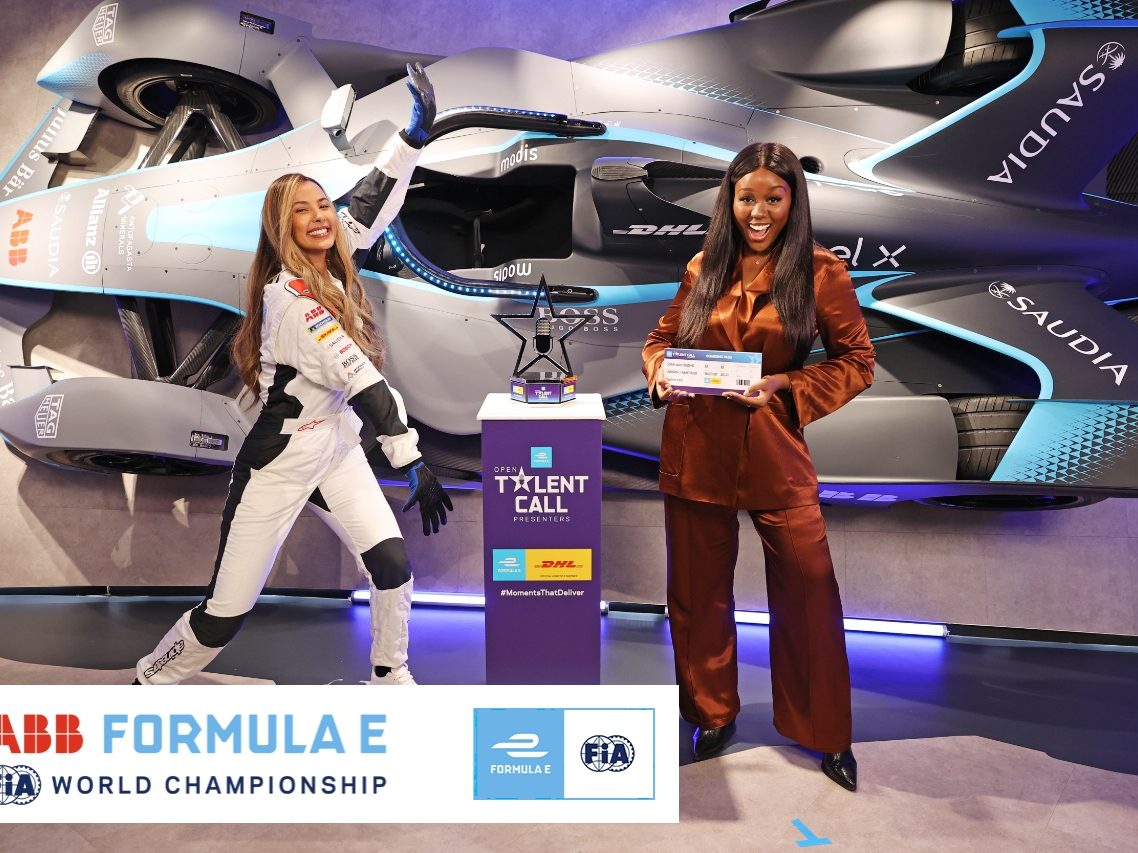 0
Published by JohnnyX
London, England (December 17, 2020) – Derin Adetosoye has been announced as the winner of Formula E’s Open Talent Call for Presenters. 21-year-old Derin will join the existing Formula E presenting line up for the opening round of the 2020/21 ABB FIA Formula E World Championship staged in Santiago on January 16 & 17.
Derin Adetosoye was surprised by Formula E Talent Call judge Maya Jama, who delivered the news that Derin will be the latest addition to the ABB FIA Formula E World Championship’s presenting line up.
Launched this August for Gen Zs between the age of 18 and 24 who reside in the UK, France or Germany, Formula E’s Open Talent Call for Presenters targeted diverse young talent with the skills to join an existing presenter and commentator team of Vernon Kay, Nicki Shields, Dario Franchitti, Jack Nicholls and Saunders Carmichael-Brown.
Following over 800 video entries, the judges, radio DJ and presenter Maya Jama, Formula E racing driver Daniel Abt and professional athlete and LGBTQ activist Amazin LeThi narrowed the field to four talented young finalists who headed to Valencia, Spain to complete a series of challenges at Formula E pre-season testing.
Tasks completed, the judges reconvened and selected Derin Adetosoye as the winner. Her prize is a professional role as part of the Formula E presenting team for the first round of the 2020/21 ABB FIA Formula E World Championship in Santiago on January 16 & 17.
The Open Talent Call for Presenters specifically targeted Gen Z applicants who understand how the next generation of fans think and what they care about. Delivering on the promise of Formula E’s open letter published in July to provide “greater opportunity for under-represented groups in our sport”, raw young talents were encouraged to apply no matter their experience level. Entrants were judged purely on presenting potential.
With equal opportunities a priority, Formula E worked closely with diverse communities to ensure the competition was as accessible as possible from day one. Background blind judging selected 15 diverse semi-finalists with a passion for Formula E and its race for better futures. After expertly navigating a gruelling set of challenges, Derin was chosen as the worthy winner. She will make history as the first black female presenter for an international motorsport rights holder.
FORMULA E OPEN TALENT CALL OFFICIAL JUDGE