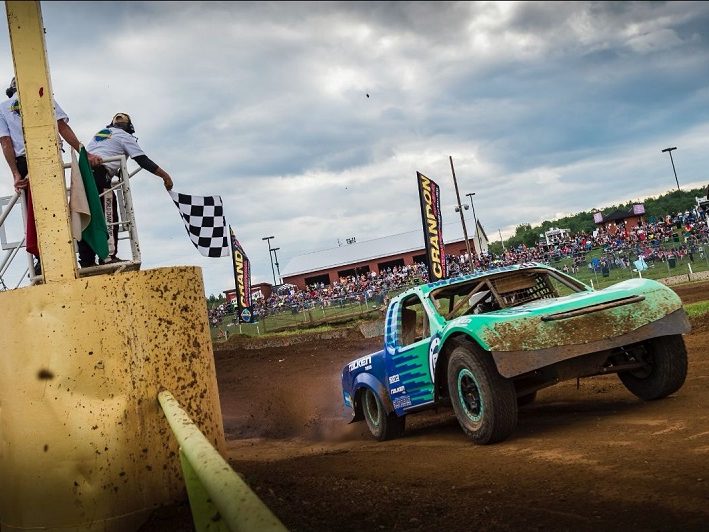 SOUTH PITTSBURG, TN / CRANDON, WI – It was a triple-podium weekend for Team Falken. At the ULTRA4 “Tear Down in Tennessee” Jesse Oliver secured first place in the 4500 Class while Jon Schaefer took third in the 4600 Class. Meanwhile, further up north in Crandon, Wisconsin, Cole Mamer brought home second in Pro-Lite in Round 4 of the Amsoil Championship Off-Road series.

Oliver qualified his Oliver Racing machine third, and even after catching a rock on the first lap that caused mechanical issues, he never slowed down. He was the only one to complete all five laps in the race and took his vehicle, and his Falken Wildpeak M/T tires, straight to the podium.

In the 4600 Class, Schaefer, running the RPM Extreme Jeep, set pole in qualifying. The course proved to be extremely rough which forced Schaefer and his crew to replace control arm bolts twice during the race, but he kept sprinting toward the finish. With sufficient traction from his Falken Wildpeak M/T tires, Schaefer passed several others in his class to gain the third podium spot.

“What an amazing effort from my team,” Schaefer declared. “I mean, I didn’t think I had a chance, and they came through, kept my Jeep running and I grabbed third. It was a good run.”

Oliver agreed. “Both Jon and I had mechanical issues we overcame,” he said. “The situation only pushed me further toward the victory line. I knew I had a good feeling about this race.”