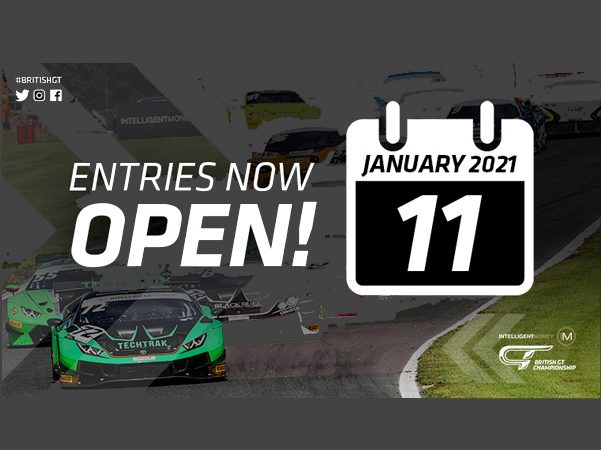 GT3, GT4 and GTC cars remain eligible for the UK’s biggest GT championship, which this year welcomes the revived Silver-Am class to its senior ranks alongside Pro-Am. Variables within the FIA’s grading criteria mean not all Silver drivers automatically qualify for British GT’s Silver-Am classification. Instead, the Silver element will typically comprise promising but less experienced young drivers, GT4 graduates or those likely to contribute some budget when paired with a Bronze-graded amateur.

Several existing teams with confirmed driver crews have already announced their plans while more are expected to do so in the coming weeks.

The seven-event, nine-round calendar is now also confirmed with #DoningtonDecider taking place as previously provisionally scheduled on September 11/12. Dedicated pre-event test sessions before every race weekend other than Spa will also provide a more cost-effective opportunity to prepare.

However, the traditional pre-season Media Day will not go ahead.

But it’s the return of GT2 machinery to British GT weekends that’s bound to excite sportscar fans past and present. Domestically, the class became obsolete at the end of 2006 but now returns courtesy of SRO Motorsports Group’s new GT2 European Series, which stages two separate 50-minute races during British GT’s Silverstone and Spa-Francorchamps weekends. The championship announced before Christmas that entries spanning Audi, KTM and Porsche are already confirmed.