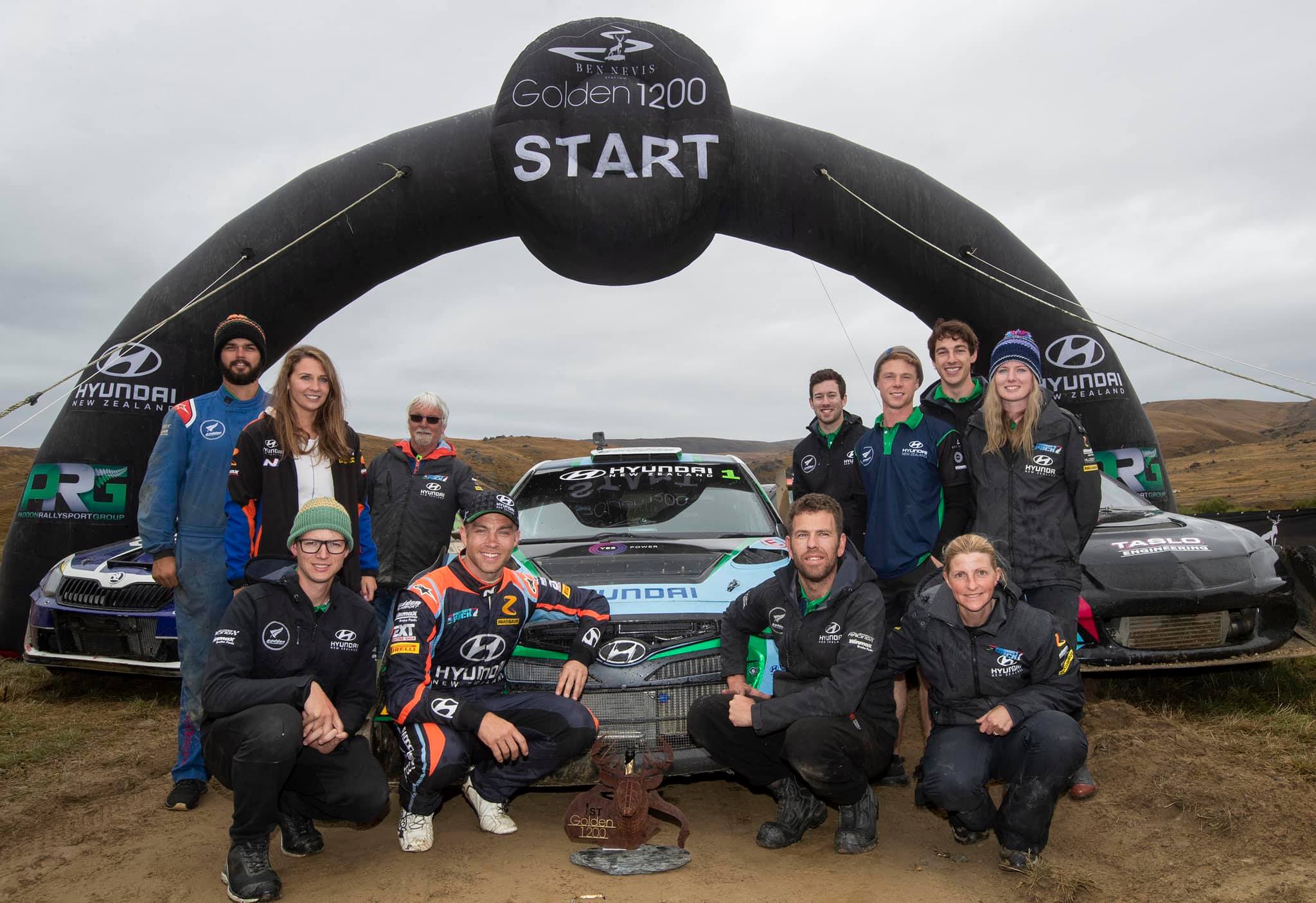 The overall leader-board was determined by adding a competitor’s best time from day one to their best time from day two. Cromwell-based Paddon’s combined time was 5m 49.3s compared to Cox’s 6m 13.5s and Quantock’s 6m 18.5s with the trio taking the top three places overall and in the open 4WD class. Paddon set the course record of 2m 52.8s on his final run on Saturday.

Overnight rain meant conditions for day two of the event couldn’t have been more different than the first day’s dust and wind. The 6km gravel hillclimb became increasingly muddy and cut up with officials opting to reduce the scheduled three runs to only two in a bid to lessen damage to the road which provided the only access to Cromwell for those at the event and Nevis Valley locals.

Paddon said: “I probably had an unfair advantage, but you’ve got to take it when you can. Huge thanks to everyone who’s been part of it. We’ve had our challenges over the last few days so big thanks to Roger, Norm, Craig and everyone whose volunteered to make the event happen in such a short space of time. There’s certainly a lot more we can improve on for the future to be bigger and better.

“It’s a shame we couldn’t get through all the runs today but with the wet conditions, we’ve done pretty well to get through five runs in total.”

In terms of his own best time on the 6km Nevis hillclimb, he said: “We’ve set a benchmark for next year with yesterday’s best time. The Hyundai has run absolutely faultlessly so huge thanks to the guys. Now we’ve got this engine finally sorted, we’ll be able to wind the wick up for other events this year. The driving was the easiest part of the weekend to be fair.”

Cox said: “It’s an awesome bit of road. We had no idea what the car was going to do and it’s the longest road the car’s done in a long time, as we used to 1.5 km not 6km. Today was a new experience with this car in the rain and it was pretty wicked, heaps of grip. I’m definitely looking forward to more events like this. We’ve been battling to get the car ready after Leadfoot and today it ran faultlessly.”

Quantock put in a sterling drive, saying: “They were challenging conditions today and the car’s been like an animal. The event has run really smoothly so credit to Hayden and the organising team. It’s pretty cool to have a different format with your best time yesterday combined with best time today making this almost like a personal rally type event, something different to a shootout.”

Amberley’s Ian Ffitch was fourth quickest overall and dominated the quad and UTV class with a combined time of 6m 22.9s. Fifth fastest was another open 4WD competitor Scott Simpson, from Oamaru, in his VW Polo with a combined 6m 31s.

The hillclimb took place over the weekend of 7 and 8 March on 6km of the highest public road in New Zealand, located in the Nevis Valley.

The event was Paddon’s brainchild and attracted a 90-strong, full capacity starting list across 12 categories of cars, quads, motorbikes and offroaders within a few days of entries opening.