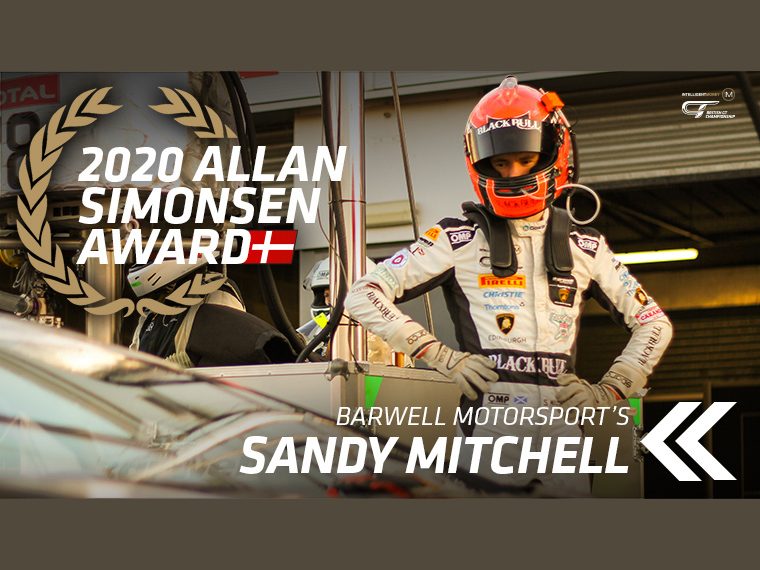 Chief among them was British GT’s highest non-championship accolade, the Allan Simonsen Award, which is traditionally won by a driver with the same speed and spirit as epitomised by the late Dane who tragically lost his life at the Le Mans 24 Hours in 2013.

2020’s winner is Barwell Motorsport’s Sandy Mitchell. The young Scot’s momentous campaign featured two victories and the GT3 title alongside Rob Collard, but it was his individual qualifying and race pace – evident despite carrying additional Silver Cup ballast – that sealed his status as 2020’s standout driver.

The Sunoco Fastest Driver of the Year was also awarded in both classes. An incredible five fastest race laps from six weekends made Phil Keen (Barwell Motorsport) a clear GT3 winner, while Jamie Caroline (TF Sport) added the GT4 honour to his Drivers’ Championship.