The continued support and development of the best young drivers from around the Australasian region has been a key priority for both Michelin Australia and Porsche Cars Australia for several years now. The domestic collaboration has seen the initiative grow into benchmark driver development programme in the country and remain a vital feature of the Porsche Motorsport Pyramid.

For the 2021 season, the French tyre giant has announced that it will again support the Porsche Junior Development Programme offering eligible young drivers from the Porsche Paynter Dixon Carrera Cup Australia and Porsche Michelin Sprint Challenge Australia series mentorship, support and training from the country’s leading sports professionals and coaches, as well as the opportunity to win their share of the $300,000 prize pool on offer.

The prize pool sees the top three Junior drivers from each series, receive a set of Michelin competition tyres every round, while the top placed Junior driver at each event will also receive a complimentary entry for the round.

The Michelin Junior Champion, crowned at the end of the 2021 Porsche Paynter Dixon Carrera Cup Australia season, will receive a trip to Germany to attend the Porsche Motorsport Night of Champions Dinner in December 2021.

The other main incentive for the Michelin Junior drivers in the premier one-make series is an opportunity to attend the global Porsche Motorsport Junior Programme Shootout, which
continues to play a crucial role in the development of the best emerging talent from the region and is seen as the most proven pathway for talented drivers to progress to the highest level abroad.

The 2019 Michelin Junior champion, Jordan Love, won the overall Carrera Cup Australia Championship and went onto to win the Porsche Junior Shootout nomination to compete against Carrera Cup Champions from the leading one-make Porsche championships around the world in three-day, all expenses paid driving evaluation at the Portimao circuit.

Other drivers that have progressed up the Porsche Motorsport pyramid in recent years via the Australian Junior Programme, include the likes of Matt Campbell, Nick Foster, Andre Heimgartner and Dylan O’Keeffe, who have all gone on to succeed at the highest levels of the sport both locally and internationally.

In a new incentive for 2021, the Australian nominee to attend the global junior shootout will receive an exclusive test drive in the new 992 generation Porsche 911 GT3 Cup car ahead of its introduction in 2022. The global Porsche Junior Shootout will be utilising the new 992 Cup Car for the first time this year and this prize provides the best opportunity for the Australian Junior nomination to perfect their skills before they head overseas.

On the partnership announcement, Porsche Cars Australia’s Head of Motorsport, Troy Bundy said, “It’s fantastic to have our long term partner in Michelin to come on board once again and provide the crucial support needed for young talented athletes within this country. Both Michelin and Porsche are aligned in our passion for developing young athletes both on and off the track, which we have had great success in the past, and we are looking forward to continuing this support for the next batch of talented athletes coming through.

Michelin Australia’s Marketing Manager Oceania, Swaroop Tulsidas, is excited to continue the French brand’s support of the region’s young racers, “Michelin Australia are committed to supporting local talent through the Michelin Junior Programme. It’s been a difficult year for the drivers and teams alike, not being able to compete as normal in 2020. Fortunately, there is plenty to look forward to in the season ahead with some fantastic events on the race calendar.”

“The global partnership we have with Porsche comes to life locally when juniors from Australia and New Zealand progress in the Porsche Pyramid and make it to the top. We look forward to seeing the development and progression of our juniors in 2021.”

To be eligible as a Michelin Junior in 2021, both Porsche Michelin Sprint Challenge and Porsche Paynter Dixon Carrera Cup, drivers must be born between 30.11.1997 and 01.03.2004. All Michelin Juniors in each series must carry additional Michelin branding on their racing apparel and Porsche 911 GT3 Cup cars. 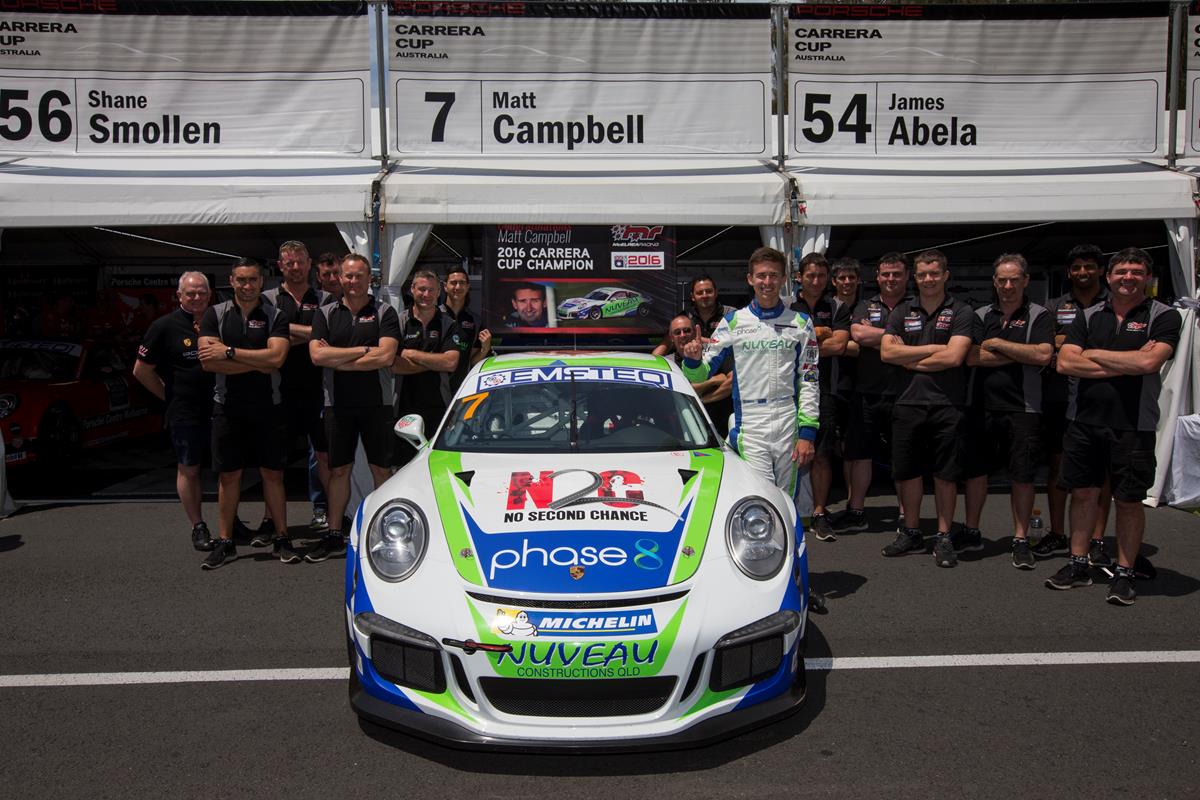