The changing of the guard is complete, with teenager Broc Feeney confirmed alongside Shane van Gisbergen at Red Bull Ampol Racing in 2022.

Speculation had been rife about who would replace seven-time series champion Jamie Whincup, who will retire from full-time driving at season’s end.

Whincup confirmed in February that he will end his full-time driving career in 2021 and will take up the Managing Director and Team Principal roles at the team.

Feeney, who has signed a multi-year deal, will become the youngest ever Triple Eight Race Engineering driver when he rolls out in 2022.

The current Dunlop Super2 Series points leader will turn 19 in October, and will also share a Supercheap Auto-backed Triple Eight wildcard with Russell Ingall at the Repco Bathurst 1000.

Feeney has won four of the 2021 Super2 season’s six races and is the comfortable points leader heading to the next event.

The 2022 season will be the first since 2004 not to feature either Whincup or Craig Lowndes in its full-time stable.

It will also be the first season since 1995 not to feature either Whincup or Lowndes as full-time drivers.

Van Gisbergen, the current Supercars points leader, joined the team in 2016 and won the title at his first attempt.

Feeney will become only the eighth full-time driver for Triple Eight, which has been on the grid since it took over Briggs Motor Sport in 2003.

Such is Feeney’s youth, that he wasn’t even 12 months old when the Triple Eight name rolled out at Sandown in 2003.

Armed with a chance to race with winning machinery, Feeney will have until August 2022 to break Scott McLaughlin’s record of youngest ever race winner.

Whincup won on his Triple Eight debut on the streets of Adelaide, and raced to an emotional Bathurst victory later in the season. 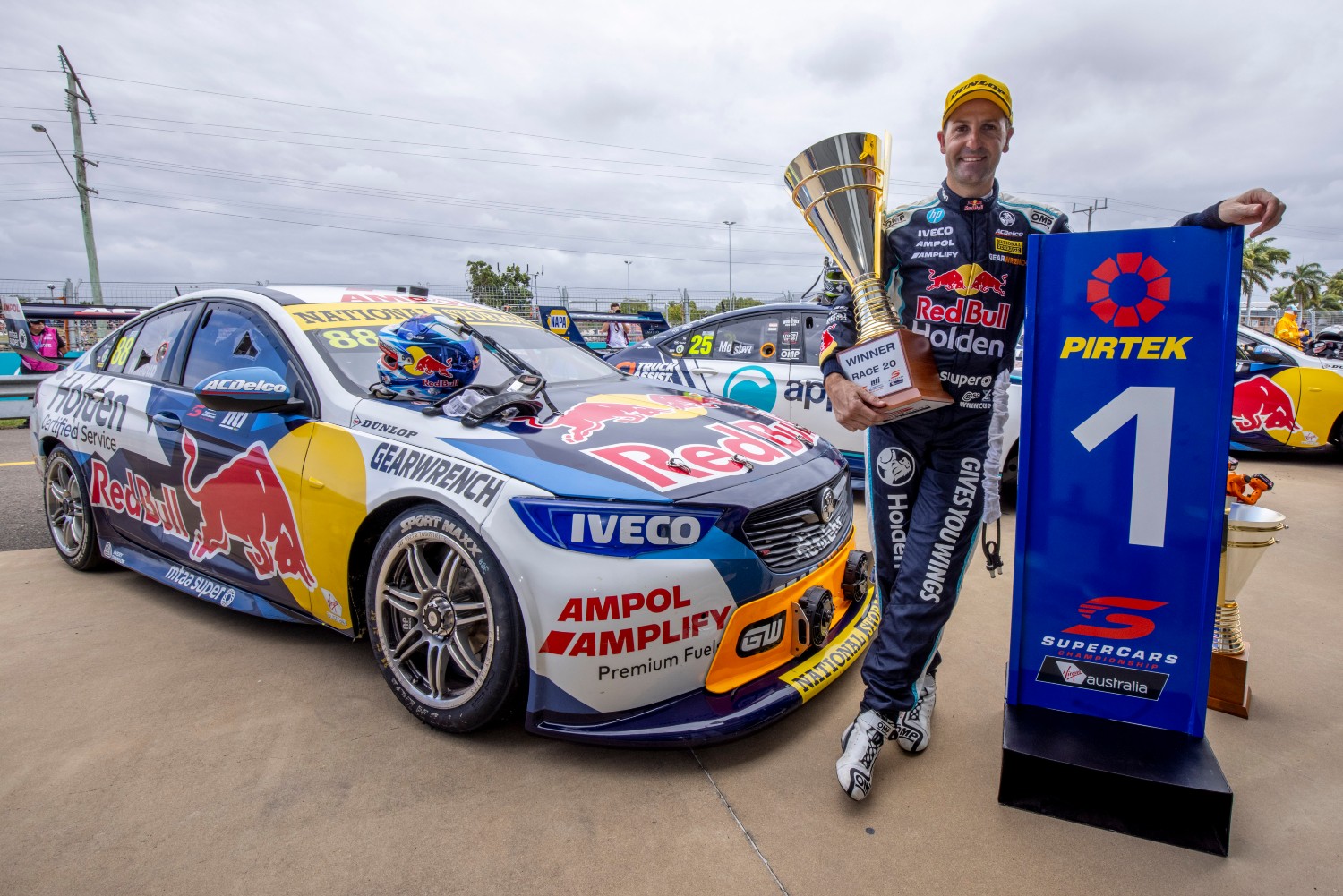 Whincup has won a record 123 races and seven titles, all with Triple Eight

The 38-year-old – who made his 542nd race start in Townsville – has claimed 123 race wins and 91 pole positions, both all-time records.

Feeney has made just one main game start, coming at last year’s Bathurst 1000 alongside James Courtney at Tickford Racing.

“It’s an amazing opportunity for me to be replacing ‘The GOAT’, Jamie Whincup. It’s so surreal for me at the moment, but I think it will start to kick in at the start of next year(2021),” Feeney said.

“To be aligned with this amazing team in my Super2 season and to be promoted into the main series is a dream come true. To be honest, I always wanted to get to Supercars, but to be behind the wheel of a Red Bull Ampol Racing machine is pretty exciting.

“The Super2 season has been a very important year for me. I knew at the start of the year that there was an opportunity to replace Jamie, and it all depended on how my results went this year. 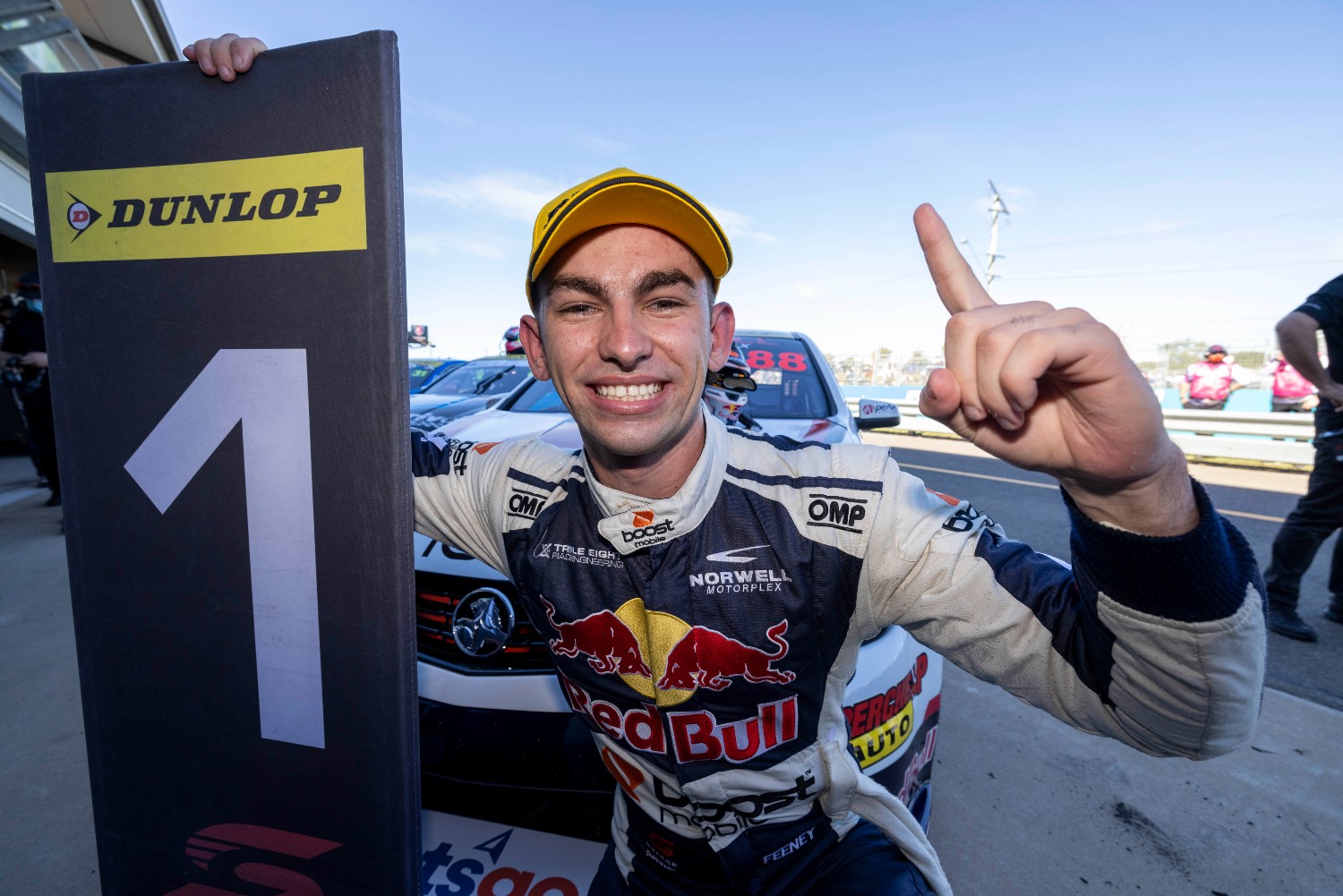 “To get four out of six wins this season and winning two out of three rounds has been a great opportunity for me, and this now feels like a big reward.”

Feeney said he was in “shock” when he got the call from team boss Roland Dane.

“He explained everything to me and basically asked how it sounded… I said it sounded bloody awesome,” Feeney said.

“I got out of that meeting and rang my parents straight away. It was such a big relief as we’ve all put in so much effort the last few years, and it’s a day I’ll never forget.

“It’s such a good place for me to be, considering I’m a rookie coming into the Supercars series. To have the drivers that I’m surrounded by and the knowledge they have is a great opportunity. For the short eight months I’ve been with the team, I’ve learnt so much and I cannot wait to learn more in the next few years. 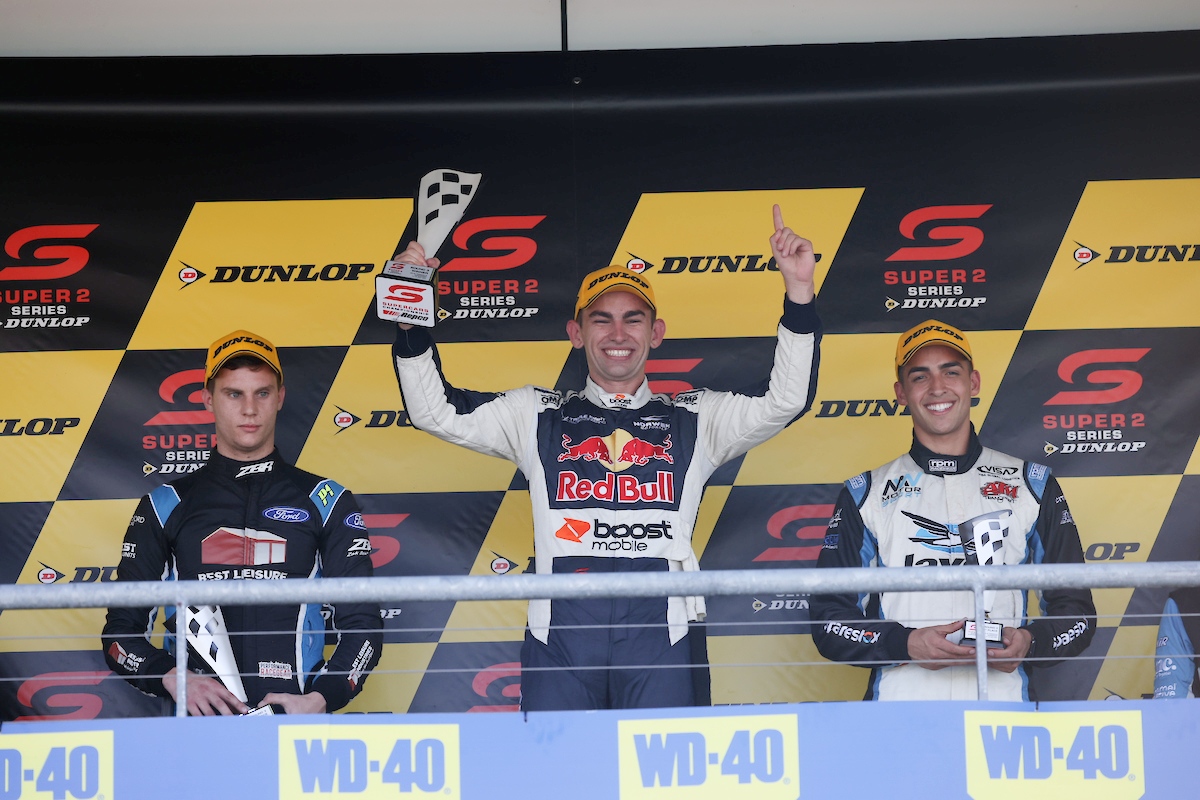 “My focus at the moment is winning the Super2 championship, and then we’ll set some goals for next year(2022). It is hard to have expectations at the moment going into next season, but I just want to have a consistent year and learn as much as I can.

“Everyone says the rookie year is the toughest, but I’m looking forward to having a good and consistent year.”

Whincup was delighted to see Triple Eight take a chance on a young driver, just like it did with him 15 years ago.

“It’s obviously big news for Triple Eight that we’ll be bringing on a new recruit which is certainly exciting,” Whincup said.

“It’s a feel-good factor as well for myself and the shareholders to give a young kid an opportunity in one of the best seats in the category and to go out there and prove themselves. 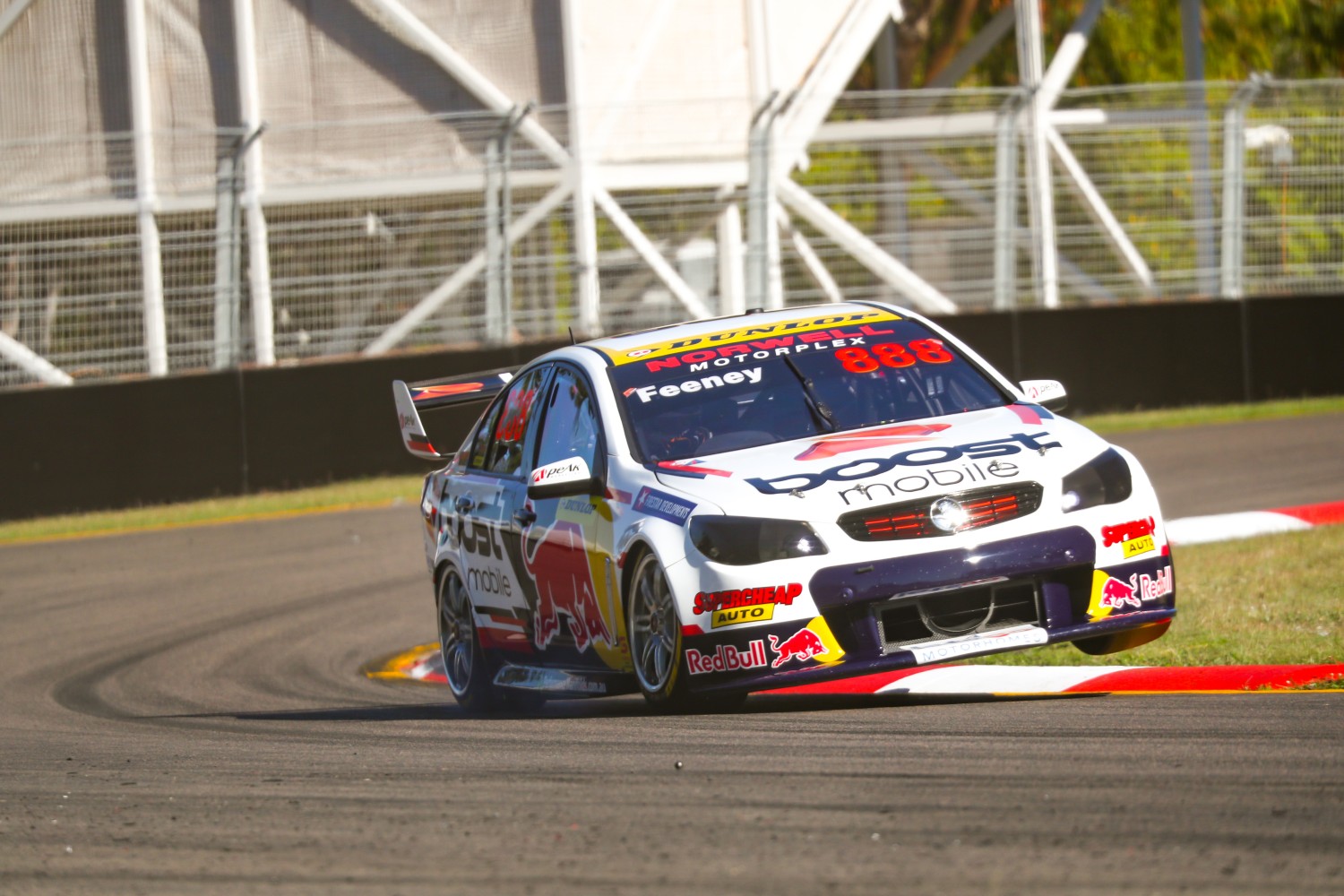 “I’m excited, and certainly everyone within the team is excited, and our fan base should be excited as well. Of course, there’s five more rounds for me to go, but I’m looking forward to giving Broc the keys to whatever number he decides to run next year(2022).

“I think some people will look at this decision and think we would have gone in an ‘established driver’ direction, but we’re not a team that takes things conservatively.

“We take risks at Triple Eight, we’re on the front foot and we have a crack and lead with our gut-feel, and it seemed right to give Broc the opportunity.

“Of course, there’s an element of skill, but more importantly than that, certainly for me, is you need someone with good morals and a good attitude who knows the definition of hard work.

“Broc ticks all of those boxes, but now it’s up to us to make sure we give him a fantastic car and build a fantastic team around him.”