The Royal Park of Monza will host the “Finale Grande” of the 2021 Porsche Mobil 1 Supercup. On the Formula 1 racetrack in Italy’s Emilia-Romagna region, the battle for the title will be decided between series leader Larry ten Voorde from the Dutch team GP Elite and his pursuers.

His hottest rival for the title is Jaxon Evans from the Martinet by Alméras squad, who currently ranks second in the standings. Despite a 25-point gap, the 2018 Porsche Paynter Dixon Carrera Cup Australia Champion definitely has a chance – after all, the 375 kW (510 PS) 911 GT3 Cup cars will be fielded in two races as support to the Italian Grand Prix: the seventh round of the season on Saturday (September 11th) and at the eighth on Sunday. Thus, there are still 50 points to be claimed.

“In 2020 I won the Supercup race at Monza, so naturally, at least one win is my goal for the coming weekend,” claims ten Voorde. This is exactly what Evans plans to prevent. “A lot can happen in motorsport. In any case, I won’t give up. The best chance I have to catch Larry is to win both races,” asserts the New Zealnder, who crossed the finish line in fifth at the 2020 season finale in Monza.

Theoretically, four other drivers still hold title aspirations. They include the Germans Laurin Heinrich and Leon Köhler (both Nebulus Racing by Huber), who celebrated an impressive one-two victory in Zandvoort, as well as Porsche Junior Ayhancan Güven from Turkey and Dylan Pereira from Luxembourg (both BWT Lechner Racing). The Tifosi are pinning their hopes on the home team Dinamic Motorsport, whose driver Simone Iaquinta recently achieved his best Supercup result to date in Zandvoort with third place.

The titles in the rookie, ProAm and team classifications of the Porsche Mobil 1 Supercup are also still up for grabs. Spearheading the newcomers is Germany’s Laurin Heinrich, winner of the previous Supercup race in Zandvoort. He holds a 24-point lead over Frenchman Dorian Boccolacci (Martinet by Alméras). In the ProAm class, Nicolas Misslin (Lechner Racing Middle East) from Monaco heads the leaderboard, with pursuers Philipp Sager (Dinamic Motorsport) from Austria and defending champion Roar Lindland (Nebulus Racing by Huber) from Norway chasing him. In the team ranking, four squads still have a shot at first place overall: the Dutch team GP Elite, BWT Lechner Racing from Austria, Nebulus Racing by Huber from Germany and the French outfit Martinet by Alméras.

The grid line-up for both Supercup races will be determined in a single qualifying session. For the seventh round of the season, the drivers’ fastest lap will count. For the final on Sunday, the second-best times will produce the starting order, possibly completely different.

Porsche Mobil 1 Supercup relies on Esso Renewable Racing Fuel
Porsche and ExxonMobil are implementing a two-stage strategy in the introduction of renewable fuels in the Porsche Mobil 1 Supercup. This season, the racing vehicles will be powered by a blend of bio-based fuel. This advanced biofuel is obtained from food waste products. Additional components are blended in to enable the required fuel properties and combustion behaviour.

In 2022, the next step will be to introduce synthetically manufactured eFuel. This Esso Renewable Racing Fuel is anticipated to reduce greenhouse gas emissions by up to 85 per cent, when blended to current market fuel standards for passenger vehicles(1). The partnership between Porsche and ExxonMobil aims to gain valuable experiences to find pathways toward potential future consumer adoption. 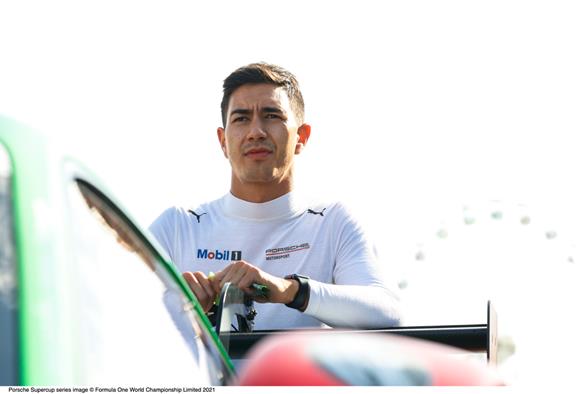 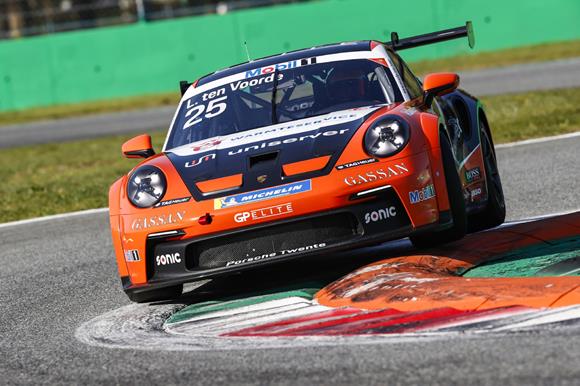